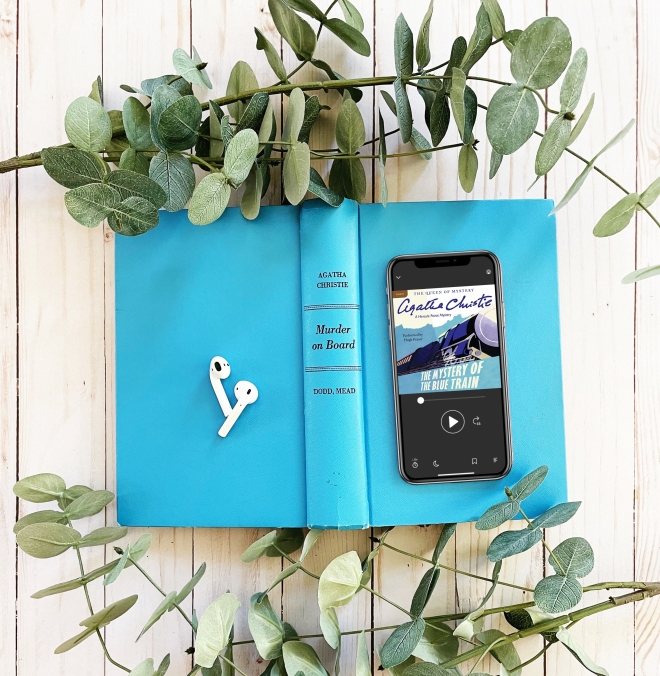 Review: The Mystery of the Blue Train

When I set out on my Agatha Christie reread this year, my plan was to be a lot more organized than I have been…meaning I would get the reviews out a little quicker and time the readings better. It’s October and I’m finally getting around to talking about Christie’s fifth Poirot novel, The Mystery of the Blue Train.

This novel was one that Christie herself disliked intensely, even going so far to say that she hated it. When you know about what was going on in her personal life at the time, it’s easy to understand why. It was written following the death of her beloved mother and the dissolution of her marriage to Archie Christie. According to her autobiography, she had a difficult time coming up with ideas and slogged through this book, adapting it from a previously published 1923 short story titled “The Mystery of the Plymouth Express.” Blue Train was eventually published in 1928.

While I totally understand disliking something you have written during a rough time period, personally, I have always enjoyed The Mystery of the Blue Train, particularly on audio. It has its flaws, of course, and it is not the cleverest Poirot novel, but I find it exciting. I enjoy Katherine Grey, the “heroine” of the novel and hers is a Christie archetype that pops up often in later stories. I like that she is level-headed and quiet, but takes no crap from anyone and is still a bit of a dreamer. Her friendship with Poirot is sweet and I like the little love triangle she finds herself in.

As someone who wants desperately to travel and has not been able to travel extensively yet, I’m a sucker for the Poirot stories that take place in locations outside of England (nothing against England–I want to go there too haha) and this one in the French Riviera is no exception. Some of the plot lines are definitely far-fetched, but I take them for what they are and I think they add to the fun. This book is also notable for me in that it is one where I dreaded what was going to happen to the murder victim (because it is predictable). In many of Christie’s stories, the victims are often immensely unlikeable or are not developed enough for me to feel anything about their death…but I was truly bummed about the death even though the victim was only present in the story for a short time.

Have you read this one? What are your thoughts?