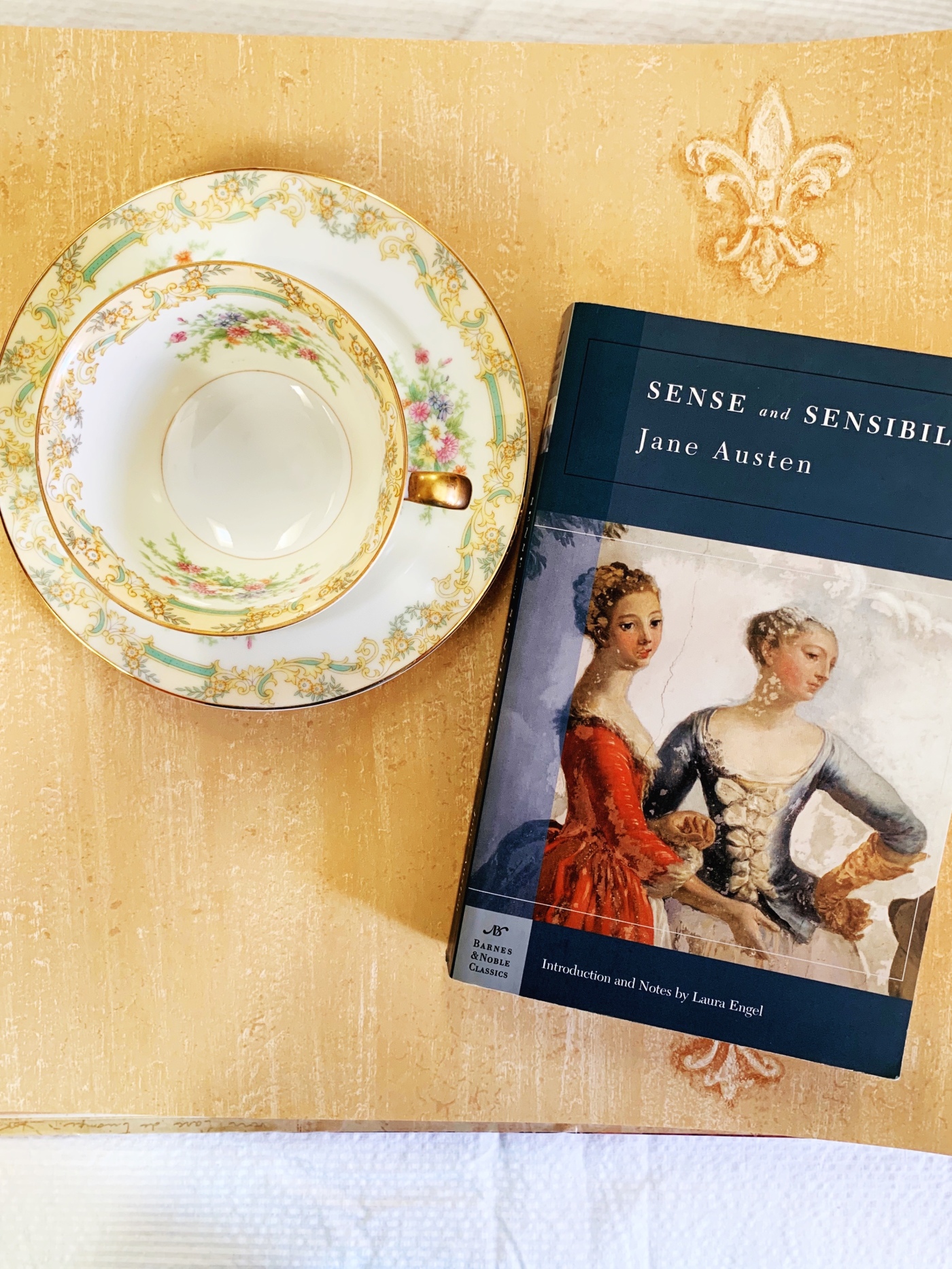 I started this post back in September, and am just now getting around to finishing it. I spent a relaxing weekend getting some housework done, reading, and trying to perfect an Olive Garden-esque chicken and gnocchi soup. With the weather here in Oregon now solidly grey and rainy, all I want to eat are hearty soups and soft pretzels with beer cheese. Anyone else with me?

Slowly (emphasis on slowly) but surely, I have been making my way through rereading Jane Austen’s works this year. Sense and Sensibility is the third one I have read this year, after Emma and Pride and Prejudice. I have a feeling that as my favorites, I probably should have held off reading P&P and S&S until the end, as a gift to myself.

Fun fact. While rereading S&S this time around, I realized how much of my memory of the book is actually filled in by the 1995 film version starring Emma Thompson and Kate Winslet. Which…no complaints here. I love the movie and cry happy tears every time I watch it. True story. Clearly, the first time I read this book was before ever seeing the movie…and then have only watched the movie since. What really stood out to me with this read-through was how awful the Steele sisters are, with Lucy as a manipulative little twit and her sister as a tactless loudmouth. Yeah, I said it. Don’t even get me started on Fanny, Elinor and Marianne’s (our heroines) selfish sister-in-law.

Additionally, I was also much more aware of how much pressure Elinor (the eldest Dashwood) was under almost all of the time. Between managing her mother, her sensitive and passionate sister Marianne, and her youngest sister Margaret. She is the one with the “sense” here–although she also takes that to the extreme at times, by rarely giving herself permission to let go. At times I was just as frustrated with her as I was with Marianne

Overall, I still loved this one. I enjoyed how Elinor dealt with Lucy Steele decisively while still managing to be so cordial–something I enjoy about Austen in general. Elinor and Marianne’s character growth felt earned and satisfying. I would definitely reread this again, and happily. For me, Sense and Sensibility definitely passed the reread test, unlike others of Austen’s. If you like Pride and Prejudice, you will probably like this one too. Also…watch the movie. It’s lovely.